Archbishop Carlo Maria Viganò denounces The Great Reset, the New World Order, Lockdowns to achieve it, and the Heretic Pope sitting in Rome

Adrien Arcand himself could have written most of this magnificent letter.  Readers of Arcand will recognize the Catholic motifs.

The letter is addressed by Archbishop Carlo Maria Viganò as an “OPEN LETTER” “to the President of the United States of America, Donald J. Trump”, under the seal of the Archbishop.

Arcand might not, however, have openly admitted that the Church Herself in Rome had fallen into the hands of usurpers.  Archbishop Viganò clearly, and I believe correctly, implies that it has.  And I believe the Church in Rome, the brick & mortar, was taken over at Vatican II.

However, Arcand would agree, no doubt, with the summation by the Archbishop, of the battle between Light and Darkness that is happening today, the fulfillment indeed of all of Adrien Arcand’s dire warnings throughout his work and life.

This courageous man of the cloth, Monsignor Viganò, is a real, old-fashioned, genuine Catholic, and this is what they sound like.  The Archbishop sounds just like Arcand.  “Lucifer!”&nbp; “non-Serviam!”  the “Most Holy Virgin”, the apocalyptic battle between Light and Darkness.  Let me correct that:  Adrien Arcand sounds just like a Catholic Archbishop.  Arcand is Catholic to the core.

I republish this brilliant letter by Archbishop Carlo Maria Viganò in honor of the great Adrien Arcand, a “thoroughbred of a man”, a “great Christian”, who sacrificed over 5 years of his life in a Canadian concentration camp as the guest of the criminal socialist Liberals.  Here is what the Archbishop says these same criminals (our “Liberals” today) have planned for us (full letter, further below):

“Beyond the enormous economic interests that motivate the promoters of the Great Reset, the imposition of the vaccination will be accompanied by the requirement of a health passport and a digital ID, with the consequent contact tracing of the population of the entire world.”

What has de facto “Liberal” prime minister Justin Trudeau recently done?  He has requested proposals to supply tear gas and riot control equipment for delivery in the Spring of 2021.  What did the Archbishop say in his letter to POTUS Trump?

Mr. President, I imagine that you are already aware that in some countries the Great Reset will be activated between the end of this year and the first trimester of 2021.  For this purpose, further lockdowns are planned, which will be officially justified by a supposed second and third wave of the pandemic.

What else has our “Liberal” de facto prime minister Trudeau the Younger recently done?  He has invited bids on private construction and management of “Covid-19” concentration camps.  But, these camps, according to independent Member of the Ontario Legislature, the Honorable Randy Hillier (Lanark—Frontenac—Kingston), are not restricted solely for the internment of people alleged to be under quarantine regarding Covid.  In a question to the Doug Ford provincial government, Mr. Hillier said, and I quote:

Thank you Speaker.  Speaker, my question is to the Premier.  In my supplemental question yesterday, I asked this government if the people of Ontario should prepare for internment camps.

In September (2020), the Federal government (Justin Trudeau) posted a call for expressions of interest, for contractors to supply, provide, and manage quarantine/isolation camps throughout every province and every territory in Canada.

These quarantine/isolation camps however are not limited to people with COVID, but provide a wide latitude for many people to be detained.

Surely this government is aware of the intentions to build these isolation camps from coast to coast.

And my question to the Premier is:  How many of these camps will be built and how many people does this government expect to detain…” (Hillier is cut off by the Speaker).

What did the Archbishop say in his Open Letter to the President who is manning “the final garrison against the world dictatorship”?  Archbishop Carlo Maria Viganò said:

Those who do not accept these measures will be confined in detention camps or placed under house arrest, and all their assets will be confiscated.

What measures will you have to accept to avoid being interned in a detention center, a “Covid Concentration Camp” by these Communist Technocrats?

After complete destruction by design of the world economy:  of jobs, businesses and your  property (all of which billionaire elites are “confiscating” through these lockdowns as their world-wide chain stores gobble up your economic assets), your submission to the New World Order is required for forgiveness of your “debts” caused by their  engineering of the crash.

You must then agree, for yourself and your children, to receive the guaranteed wages of a state-owned slave while accepting a digital trackable cattle brand inflicted by vaccine.  How will they track you?  “Google And Oracle Will Track The Vaccinated With ‘Incredibly Precise’ Tech”.

The same criminal socialist “Liberals” today (whose predecessors interned Arcand in WWII without trial) are in “lock step” with the usual suspects, the Rockefellers and their bankster clan.  They plan to achieve the “Great Reset” — the destruction of civilization, through lockdowns founded on a vast, global pandemic fraud — to sink the world into permanent tyranny.  This will be, I predict, a Technocratic implementation of the Communist Red Chinese model.

In 2010, as indicated by a document leaked from The Rockefeller Foundation, a series of potential “scenarios” were fielded to bring about World Government.  One scenario, called “LOCK STEP”, involves a PANDEMIC.  That is what we are living through now, a Rockefeller-Gates-Bankster-sponsored shut-down of the world economy by lies and terror, planned over a decade ago.

Scenarios for the Future of Technology and International Development, The Rockefeller Foundation, May 2010 (leaked report, free download)

First of all, there is a real virus, but it is not a killer virus, and is treatable and curable with known medications, in particular hydroxychloroquine (HCQ) as prevention; and HCQ + Azithromycin + Zinc as a treatment for those who actually are ill.  Summed up, it’s a very bad flu.  Most people don’t catch it.  Children tend not to catch or transmit it.  The elderly, if they are unhealthy and have 1, 2 or 3 existing illnesses, can die by adding the virus, as they might anyway, if they caught the “flu”.  However, governments have been either prohibiting the use of hydroxychloroquine (HCQ), used for decades to treat similar coronaviruses, or destroying supplies of it.  Their intention is for people to die to create public fear, and mass demand for the unnecessary mass vaccinations coming from Big Pharma.

Secondly, alleged death figures from Covid-19 have been radically manipulated to create the impression that people who in fact died of something else, died of Covid-19.

Furthermore, thousands of elderly patients were tossed out of hospitals on government orders, and dumped into overcrowded nursing homes to die, where they spread all kinds of infections, causing further deaths.  These are not real Covid-19 deaths, but deaths by governments’ criminal incompetence.

Most important, the PCR “test” being used to “diagnose” Covid-19 “cases” (people actually said to be suffering from the virus) is not a diagnostic test.  It was not designed to be one.  It can be manipulated producing a landslide of “false positives” mislabeled as thousands of “cases” by stooge mass media and stooge health bureaucrats on government payroll.  Sudden “surges” are then called “second wave” when there is no second wave.  A fake “second wave” is behind the second mass lockdowns in Canada, and certainly elsewhere.

Bill Gates Vaccinate the World – Evil Incarnate for a Profit

The PCR “test” gives the globalists a pretext, through their puppet governments that run our countries, to lockdown and destroy our economies while pushing mass vaccination.

When we are fully in ruins, the self-appointed elites will step in to replace the world economic system with a new one of their choosing.  Archbishop Viganò explains it in his OPEN LETTER, below.

Meanwhile, for an excellent explanation of the ongoing pandemic fraud, including the fraudulent use of the non-diagnostic PCR “test” to claim to “diagnose” the “hot” disease in living people, see “Crimes Against Humanity” by Dr. Reiner Fuellmich.  Fuellmich explains the PCR “test” fraud in this featured clip.  See also on that page links to the full presentation by Dr. Fuellmich on Corona virus “Crimes Against Humanity”.

Fuellmich is a class-action lawyer in Germany and California.  Dr. Fuellmich’s presentation on the Corona fraud is all over the Internet thanks to reuploaders.  However, Fuellmich’s own original video and the description under it with links to his web site were deleted by YouTube.  Youtube routinely deletes information from independent health professionals, doctors, lawyers, epidemiologists, in order to silence opposition to the means they have selected to achieve their long-awaited “New World Order”.  Adrien Arcand would call it “The Universal Republic”.

The Rockefellers & Friends have always wanted a Communist world dictatorship; they have now merged Technocracy with their plan to achieve a Technocratic implementation of World Communism.  Technocracy will use Artifical Intelligence (AI) (machines) to control, monitor, track, punish, and “reward” human beings in a vast program of animal  conditioning.  And we know what Arcand thought about treating human beings like animals, controlled by “terror”.

Countless physicians and epidemiologists, and now the World Doctors’ Alliance, have denounced the 2020 pandemic fraud, inviting the people of the world to co-sign their own “OPEN LETTER TO ALL THE CITIZENS OF THE WORLD AND ALL THE GOVERNMENTS OF THE WORLD” demanding an end to criminal pandemic lockdowns, digital “health passports” (to brand human beings like cattle) and world-government vaccination programs.

I now give you the extraordinary letter of Archbishop Carlo Maria Viganò.

Download a free searchable scan of the Archbishop’s original letter. I found the scanned pages at a web site called Bard of War.  I don’t know where they got it.  https://bit.ly/3jMi1yH

AGENDA 21: The socialist plan to use coronavirus pandemic for GLOBAL CONTROL

They’ve been planning this for decades 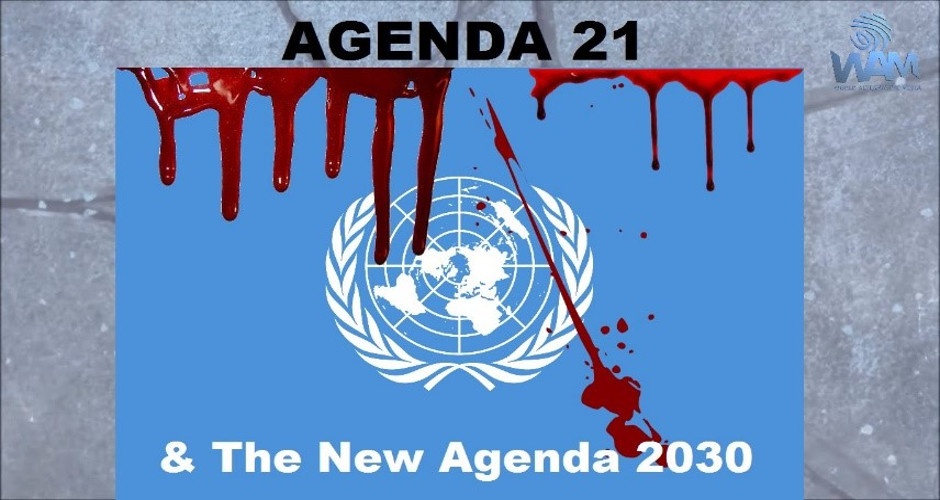 In the 1990s, the United Nations drafted “Agenda 21” — their plan for defeating climate change. In 2015, it was re-branded by socialists into “Agenda 30,” but neither had anything to do with global warming and everything to do with using it to reshape our political world.

Ditch the fake news ==> Click here to get news you can trust sent right to your inbox. It’s free!

Starting last year, the push for Agenda 30 wasn’t just about climate change, but about fighting future global pandemics as well. In October 2019, some of the world’s most powerful business and political leaders met to discuss how to prepare for such a crisis.

And now we have the coronavirus outbreak reaching every corner of the world. It’s becoming clearer everyday that socialists are going to use this pandemic to achieve their ultimate goal: global control.

Watch the video below to hear Glenn Beck break down the details:

In response to the COVID-19 crisis, BlazeTV is offering our BIGGEST discount ever! Get $30 off your subscription when you use promo code GLENN. Claim your special offer at https://get.blazetv.com/glenn/.

To enjoy more of Glenn’s masterful storytelling, thought-provoking analysis and uncanny ability to make sense of the chaos, subscribe to BlazeTV — the largest multi-platform network of voices who love America, defend the Constitution and live the American dream. 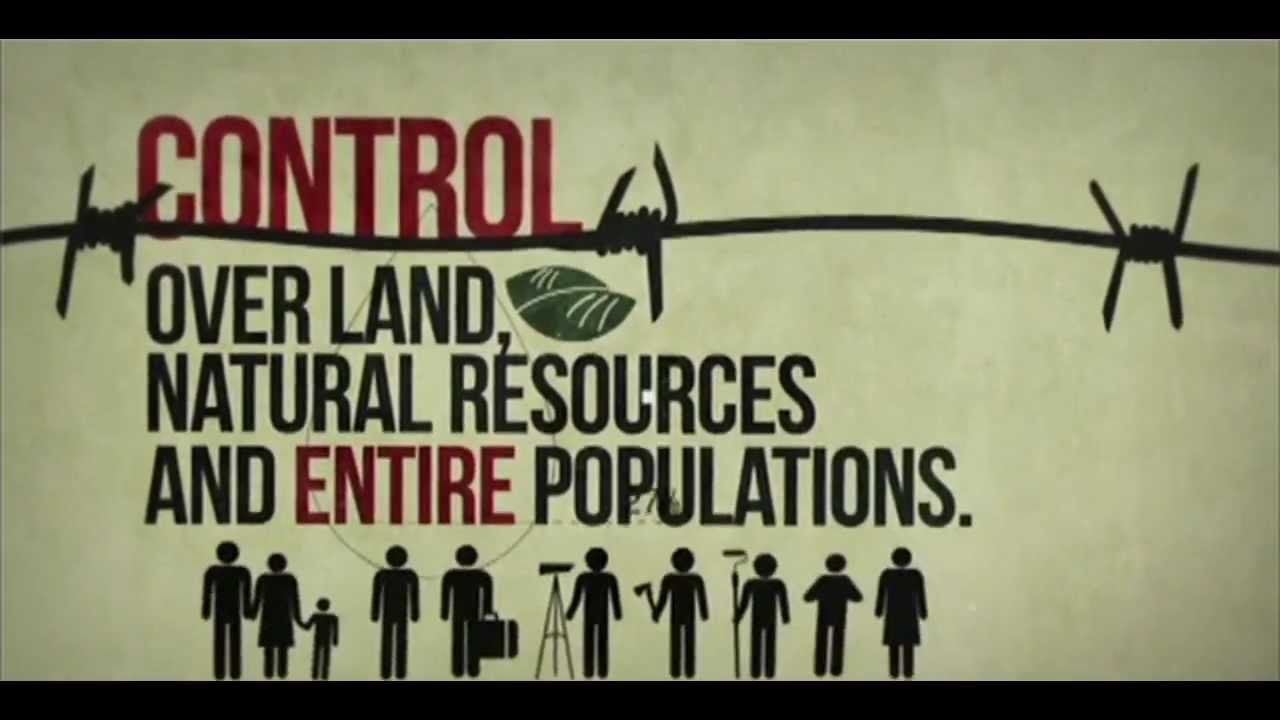 Related articles around the web 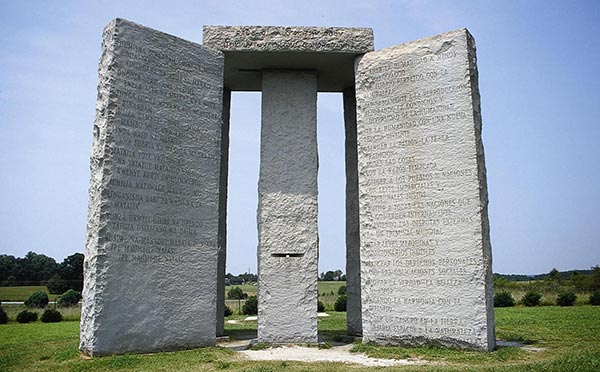